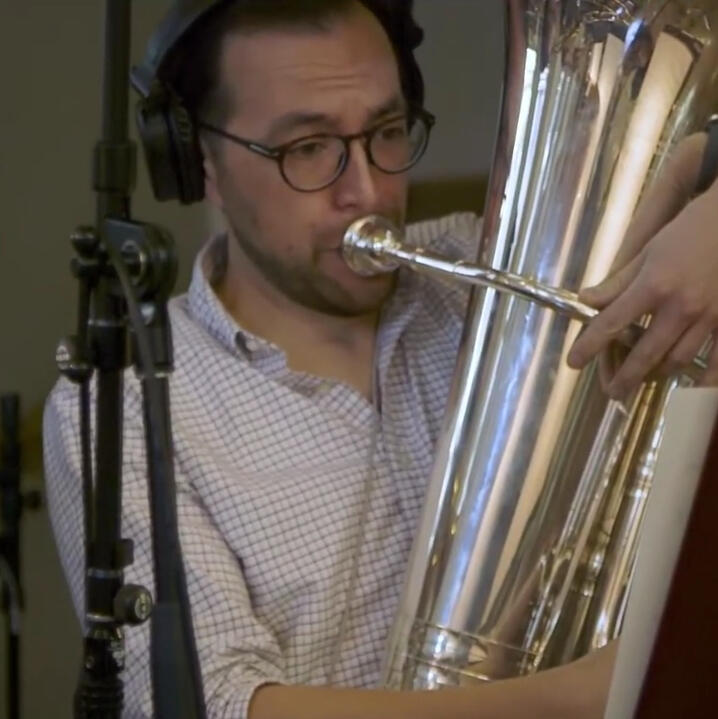 Neil Konouchi is a studio and orchestral tuba player based in Nashville, TN. He can be heard on numerous motion picture, TV, and video game soundtracks and has recorded and performed with artists including Jack White, Yo-Yo Ma, Alice Cooper, The Who, Willie Nelson, and many more. His credits also include the Destiny 2, Apex Legends, Fortnite, Minecraft, and Star Wars video game franchises. As an orchestral musician, Neil is the principal tubist for the Chattanooga Symphony & Opera and frequent substitute/extra with the Nashville Symphony. He has had the pleasure of appearing on four of the Nashville Symphony's multiple Grammy-nominated recordings.In addition to performing, Neil is an experienced music educator, arranger, and adjudicator. He has worked in various capacities with several Bands of America finalist and semifinalist bands across the Southeast and has been part of the principal design team for the outdoor and indoor marching ensembles at Father Ryan High School since 2008. He received his adjudication training and mentorship from Jackie Gilley and Dr. Joe Allison.Neil attended the University of Southern California where he studied with the legendary studio musicians Tommy Johnson and Jim Self and finished his coursework at the Berklee College of Music where his instructors included Greg Fritze, Charles Lewis, and Phil Wilson.

Some of the projects I've appeared on:

I'm available for sessions, overdubs, teaching, judging, arranging, and more.Please feel free to reach out with any questions!